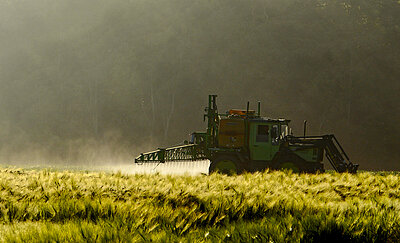 Trilogue negotiations on the EU Common Agricultural Policy (CAP) have been concluded but the final vote in the European Parliament is still to come. In its CAP appeal of December 2020, IAWR highlighted the relevance of redirecting EU’s agricultural policy beginning with conversion to organic farming in water protection areas to protect groundwater/drinking water from pesticide inputs as well as manure and fertilizer overdoses.  As outcome of the EU trilogue negotiations, 25 % of the direct payments of CAP pillar 1 will now be dedicated to so-called eco schemes. „For drinking water supply, it is of fundamental importance that member states now use these eco schemes to support organic conversion and maintenance in their national CAP strategic plans otherwise there could be a massive setback for organic farming.“ IAWR President Prof. Matthias Maier explains. „By all means, misdevelopments like in Germany have to be avoided. The draft German CAP strategic plan would result in considerable cuttings for the budget for organic farming, even in both CAP pillars.“

In its Organic Action Plan of 25 March 2021, the European Commission had proposed to Member States to boost organic farming by supporting organic operators under both the rural development funds (CAP pillar 2) and with targeted direct income support eco-schemes (CAP pillar 1). According to research IFOAM Organics Europe commissioned, the EU needs to dedicate 3 to 5 times the current amount of CAP budget dedicated to conversion and maintenance of organic farming to reach the EU target of 25% organic land by 2030.

Call to sign the European Citizens' Initiative "Save Bees and Farmers!" before 30 September

To increase pressure on the European Parliament and the European Commission, responsible for approval of the national CAP strategic plans, IAWR calls for signing and distributing the European Citizens‘ Initiative (ECI) „Save bees and farmers!“.

Recommendation to sign the European Citizens' Initiative "Save Bees and Farmers!"

"(Ground)Water is our most valuable material treasure on Earth. This treasure is becoming increasingly endangered and precious with climate change," says Wolfgang Deinlein, Managing Director at IAWR. Therefore, to protect public health, the IAWR, representing drinking water suppliers in the international Rhine Basin, together with drinking water supplyassociations in the Meuse and Scheldt river basins with a total of 81 million people, has launched a large-scale appeal to redirect the CAP and adapt it to the European Green Deal. The appeal is fully supported by the European umbrella organization of the water sector, EurEau.
"With this appeal, we support the goals of the European Green Deal regarding climate protection, the zero-pollutant ambition for a toxic-free environment, the from 'farm to fork, the chemicals and the biodiversity strategy with all due vigor," says Prof. Dr. Matthias Maier, President at IAWR. All actors in politics, industry and society are urgently called upon to unite forces in the upcoming, inevitable transition processes. He recommends EU citizens to sign the European Citizens' Initiative "Save Bees and Farmers!" as a concrete option for action on the CAP to protect drinking water from pesticide use and for a socio-ecological agricultural transformation.

Link to the European Citizens’ Initiative alliance  "Save bees and farmers" 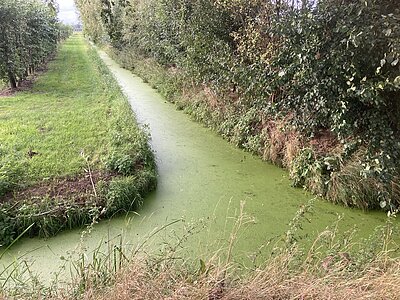 Urgent appeal to the European Commission, Council and Parliament for an immediate redirection of the EU Common Agricultural Policy (CAP)

In order to protect drinking water resources and thus drinking water quality and public health, the IAWR – in alliance with the drinking water supply associations in the basins of the rivers Meuse and Scheldt representing a total population of 81 million people - has sent an urgent appeal to the participants of the ongoing trilogue negotiations of the CAP. The appeal has been sent to all the 27 ministers for agriculture in the EU and the decision-makers in the European Parliament. On view of the European Commission, the appeal was addressed to the Commissioner for Agriculture and in copy to the Vice-President responsible for the European Green Deal, the Commissioner for Health and Food Safety and the Commissioner for Environment, and furthermore was also forwarded to the President of the European Commission. Covering over 50% of the Rhine basin area, Germany has a prominent position in the Rhine basin, therefore the appeal was also sent to the respective positions in the German federal government.

The appeal explains that an immediate redirection of the CAP is imperative in order to secure clean drinking water. In addition, the appeal highlights the indispensability of the European Green Deal. 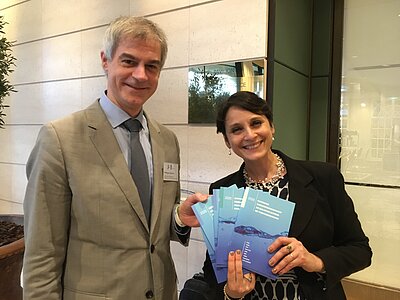 Wolfgang Deinlein, IAWR Managing Director, hands over the European River Memorandum (ERM) to Ms Veronica Manfredi, Director for Quality of Life at the Directorate General for Environment of the European Commission. In the memorandum, ERM coalition partners set out target values for watercourses, which are indispensable as minimum quality standards for a sustainable drinking water supply.

The ERM Coalition is formed by Associations of Drinking Water Suppliers in the major European river basins. Today, the Coalition presented the European River Memorandum (ERM) 2020 to Ms Veronica Manfredi, Director for Quality of Life in the European Commission, and her team in DG Environment. Ms Manfredi is also, on behalf of the EU, President of the International Commission for the Protection of the Rhine for the period 2020-2022.

The ERM Coalition partners pointed out the need for legislative changes and that precautionary protection of drinking water resources is indispensable if the EU wants to have a sustainable drinking water supply in the future. Therefore, effective, concrete, comprehensive legislation is required now - as a top priority. As a response, Director Manfredi presented a number of upcoming legislative acts designed to address the complex issue of water protection and expressed unanimous support as the issues of the ERM Coalition highly match the holistic approach of the European Green Deal, a top political priority of the European Union.

The European River Memorandum had already been handed over to Ms Veronica Manfredi in advance at the Rhine Ministerial Conference in Amsterdam on 13 February 2020. On 22 March 2020, World Water Day 2020, it had officially been released. 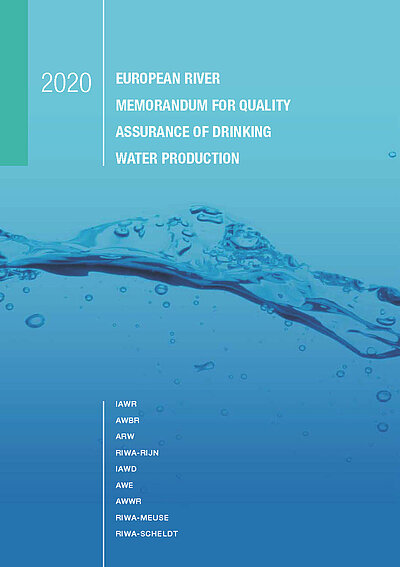 The ERM coalition has adopted the European River Memorandum 2020 (ERM). The ERM Coalition comprises the associations of drinking water suppliers in the major European river basins of the Danube, Elbe, Meuse, Scheldt, Ruhr and Rhine, inhabited by 188 million depend on clean drinking water. In the memorandum, the suppliers set out target values for watercourses, which are indispensable as minimum quality standards for a sustainable drinking water supply. 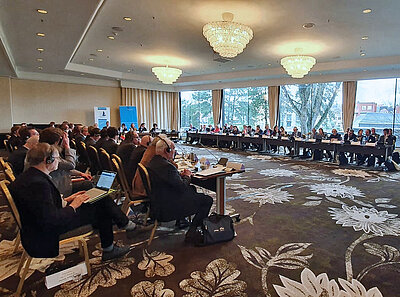 Micropollutants from municipal wastewater (sewage treatment plants), industry and agriculture are to be effectively contained from now on. This was decided by the responsible ministers of the 8 Rhine riparian states as well as the EU Commissioner for the Environment at the 16th International Conference of Rhine Ministers after a long struggle in the run-up. The decision is a milestone in the process of reducing and preventing micropollutants, which was initiated in 2007 at the 14th Rhine Ministerial Conference in Bonn.

According to the new "Rhine 2040" programme, micropollutants are to be reduced by at least 30% overall by 2040. An evaluation system for the reduction is to be developed by 2021. Based on this evaluation system, after 6 years a review will take place and, if necessary, the reduction objective will be increased. The overall objective should continue to be drinking water from the simplest possible, natural treatment processes - instead of highly technical treatment in the waterworks.

The statement by IAWR President Prof. Dr. Matthias Maier at the ministerial conference on water quality/micropollutants on 13.2.2020 in Amsterdam sheds light on the background.

The ministerial communiqué and the programme Rhine 2040 is available on the ICPR website.

From the IAWR's point of view, concrete steps are now necessary and are summarised in the IAWR's 12-point Catalogue of Measures which can also be viewed. 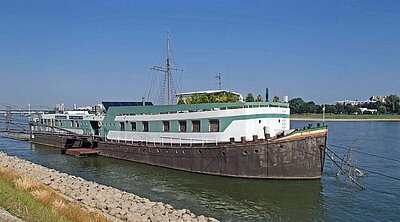 16. Conference of Rhine Ministers in Amsterdam

The 16th Conference of Rhine Ministers will take place in Amsterdam on 13. February 2020. It is a follow-up on the Basel Conference in 2013. The conference will be chaired by the Dutch Environment Minister, Van Nieuwenhuizen. The Environment Ministers of the eight Rhine riparian states and the European Union have been invited. The European Union took over the presidency of the ICPR at the beginning of the year with Director Veronica Manfredi from the Directorate-General for the Environment.

In addition to assessing the "Rhine 2020" programme, which is now coming to an end, issues of climate change (flood/low water), the Rhine as a habitat (fish passability) and water quality (micropollutants) are on the agenda. The new "Rhine 2040" programme will be adopted, in which the expectations and objectives of future activities to protect this water system for the next 20 years are formulated. The IAWR has already closely followed this process in the run-up to the Conference of Rhine Ministers. The IAWR will represent the interests of the drinking water suppliers, especially with regard to water quality and a reduction of micropollutants. 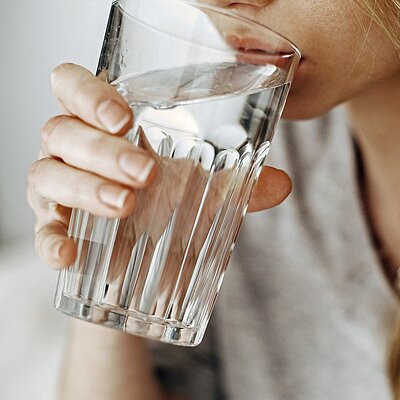 Press release of the Coalition of the European River Memorandum

The coalition calls for the unrestricted continuation of the European Water Framework Directive and for the criteria for the protection of drinking water resources to be specified.

The aim must be to maintain and strengthen precautionary water protection so that drinking water can continue to be provided using near-natural and sustainable treatment methods.

The coalition represents the needs for clean drinking water of 188 million inhabitants from 18 European countries living in the Rhine, Danube, Elbe, Meuse and Scheldt catchment areas.

Position of the International ERM Coalition on the Fitness Check of the EU Water Framework Directive and its associated Directives (569,2 KB) 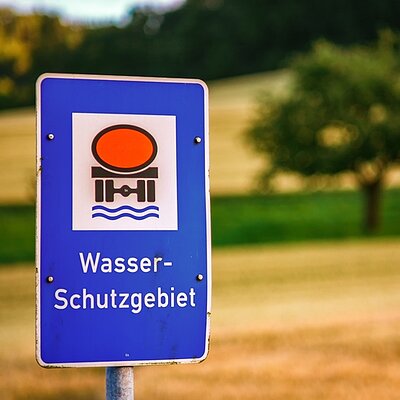 As climate change progresses, it becomes increasingly observable that it is accompanied by a water crisis. Therefore, the protection of the remaining water resources should be given top priority from now on, because only with clean drinking water there will be a basis of life for people, the economy and the environment in the future. The IAWR has identified interdepartmental measures with which the protection of our central basis of life can succeed if the current challenge is understood without delay as a feasible opportunity.

The International Commission for the Protection of the Rhine is one of four finalists for the 2013 IRF European Riverprize. The European Riverprize is awarded for the first time this year, while Riverprize International and the Australian Riverprize belong to the most prestigious environmental awards worldwide.
The nomination of the ICPR rewards and acknowledges it’s excellent, visionary and sustainable work in the Rhine river basin and it’s catchment area on an international level.
Dr. Peter Stoks, Managing Director of RIWA and longstanding Competence within the IAWR is one of the referees for the ICPR. He commends the ICPR’s outstanding work and the good cooperation with the IAWR in his referee letter.
The IAWR wishes all the best for the concern of this award and we congratulate to the nomination!

Guiding principles of the IAWR

The Public Relations Committee of the IAWR has developed ten standpoints regarding the identity of the IAWR and its public image. The standpoints have now been adopted by the IAWR Executive Board as guiding principles. They also form the basis for the public activities of the IAWR’s three member associations, AWBR, ARW and RIWA, in the entire Rhine basin area.
The highest priority for the associations of waterworks along the Rhine is to ensure that the quality of untreated water allows drinking water to be provided using only natural treatment processes. Other high priorities are the sustainable protection of water bodies and the precautionary and “polluter pays” principles.

The Guiding Principles of the IAWR (17,5 KB)